In 1998, Dr. James Thomson isolated the first human embryonic stem cell, effectively ushering in a new field of scientific research. Undifferentiated cells with remarkable potential, embryonic stem cells can both proliferate without limit and become any of the differentiated cells of the body. As a research tool, human embryonic cells allow unprecedented access to the cellular components of the body, with significant applications in basic research, drug discovery and transplantation medicine.

Immediately following that initial derivation, Thomson focused his research on establishing human embryonic stem cells as an accepted, practical model system. To that end, he developed defined culture conditions, methods for genetic manipulation, and approaches for the in vitro differentiation of human embryonic stem cells to key lineages of clinical importance including blood, neural, cardiac and placental tissues.

Thomson’s regenerative biology laboratory at the Morgridge Institute for Research is now seeking to understand how a cell can maintain or change identity, how a cell chooses between self-renewal and the initial decision to differentiate and how a differentiated cell with limited developmental potential can be reprogrammed to a pluripotent cell. By coaxing, directing and tweaking human pluripotent cells, scientists in Thomson’s lab work to create physiologically stable, safe and functional cells to repair or replace diseased cells in humans. With each experiment, Thomson’s group moves closer to making regenerative medicine a reality and achieving the remarkable potential of human pluripotent stem cells. 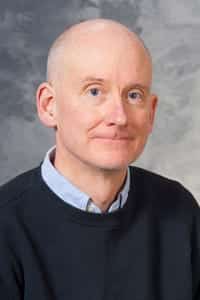 I serve as Director of Regenerative Biology, leading a lab of about 30 members consisting of scientists, postdoctoral researchers, graduate and undergraduate students, and an array of others. In 2007, my lab reported (contemporaneously with Dr. Shinya Yamanaka) the first isolation of human induced pluripotent (iPS) stem cells. iPS cells have the basic properties of human ES cells but are derived from somatic cells rather than human embryos. This discovery not only has the potential to end the ethical controversy that has surrounded stem cell research, but it is also a significant step toward treating diseases with a patient’s own cells. At its most basic, my current research focuses on understanding how ES cells can form any cell in the body (pluripotency); how an ES cell chooses between self-renewal and the initial decision to differentiate; and how a differentiated cell with limited developmental potential can be reprogrammed to a pluripotent cell.