The Wisconsin Alumni Research Foundation (WARF) Accelerator Program helps discoveries patented by WARF move further along the commercialization process by providing funding and connections to a network of industry experts.

A team led by Brandon Walker, a graduate student in the UW-Madison Department of Medical Physics and a researcher at the Morgridge Institute, received Accelerator funding to advance a modular, multisource x-ray tube that has applications for both high-speed computed tomography (CT) and 3-D metal printing.

While the initial focus was primarily on the high-speed CT scanner, they came up with a proof of concept idea that can actually test both systems.

A traditional CT scanner has a single x-ray tube and a single detector that rotates around the body three times per second, producing incredibly strong forces. There are mechanical limits to how fast the device can rotate, but higher speed is desired because it produces higher quality images.

Instead of having the single electron source and single detector, the new design has modules with many x-ray sources in them that are fired electronically around the patient.

“Essentially you do still have a moving beam,” Walker says. “It’s just being electronically moved instead of mechanically moved. You can do that much faster.”

The faster speed could benefit pediatric scans, since it can be difficult for children to sit still for the required periods of time, but it would most notably improve cardiac CT scans. To capture images of the heart as it’s beating, speed is essential.

Walker likens a CT scanner to a camera: “If you ever try to take a photo of something that’s moving, you’re not going to get a good image if your shutter speed isn’t fast,” Walker says. “This is essentially improving the shutter speed on a CT scanner.”

The modular, multisource design also allows for increased customizability and the potential for individualized radiation dosages for each patient. A pre-scan would figure out what the patient looks like and then tailor the dose profile for each patient scan.

While the high-speed CT scanner was the initial application of the multisource x-ray tube, it happens to be that much of the technology involved in making an x-ray tube is also involved in 3-D metal printing. Walker and his team have been working on this additional application over the last few months.

Currently, plastic printers dominate the 3-D printing field. But plastic parts can only go so far—they break and often can’t withstand the forces of a real prototype, Walker says, so you need metal parts. And while some metal printers are out there, mostly in Europe, they print very small parts.

“If you’re talking about real prototypes for airplanes, space shuttles, cars, they’re big parts,” Walker says. “What I think the industry really needs is a high resolution, large scale metal 3-D printer. It could change the landscape of how things are made.”

This could also have medical applications like the printing of customized medical implants or prosthetic devices. In the future, a hospital might have their own printer on site or several entities could share the resource. Either way, the printer could create necessary devices on demand, each personalized to its respective patient.

Moving forward, the funding from the WARF Accelerator award will carry the multisource x-ray tube from design to working prototype, which Walker expects to be operational in summer of 2016.

The rest of the team includes: 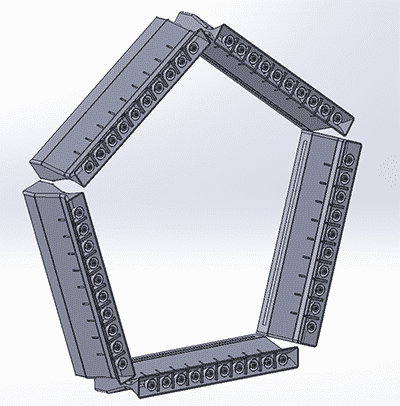 In Walker’s design, the single x-ray tube on the gantry is replaced by a large number of x-ray sources positioned around the patient in stationary modules. In place of rotation, the x-ray sources are electronically triggered in rapid succession. 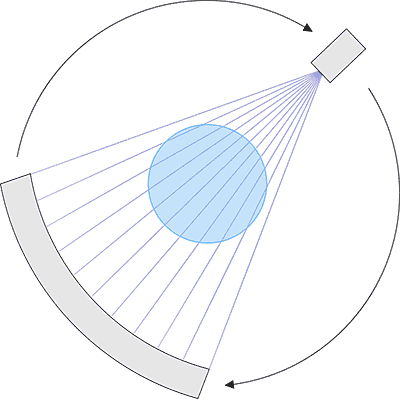 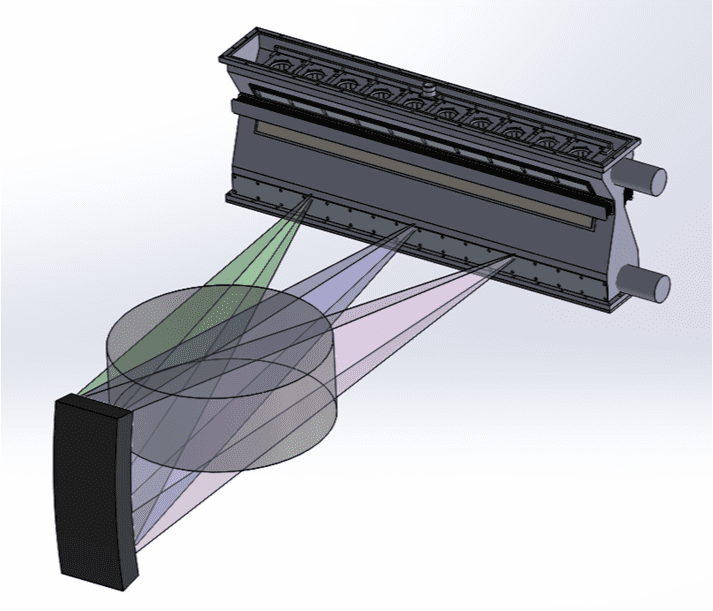 Instead of a single beam of x-rays, individual beamlets can be fired across the field of view with independent intensity modulations to minimize dose to the patient.